Published by admin On December 15, 2021 Leave a response 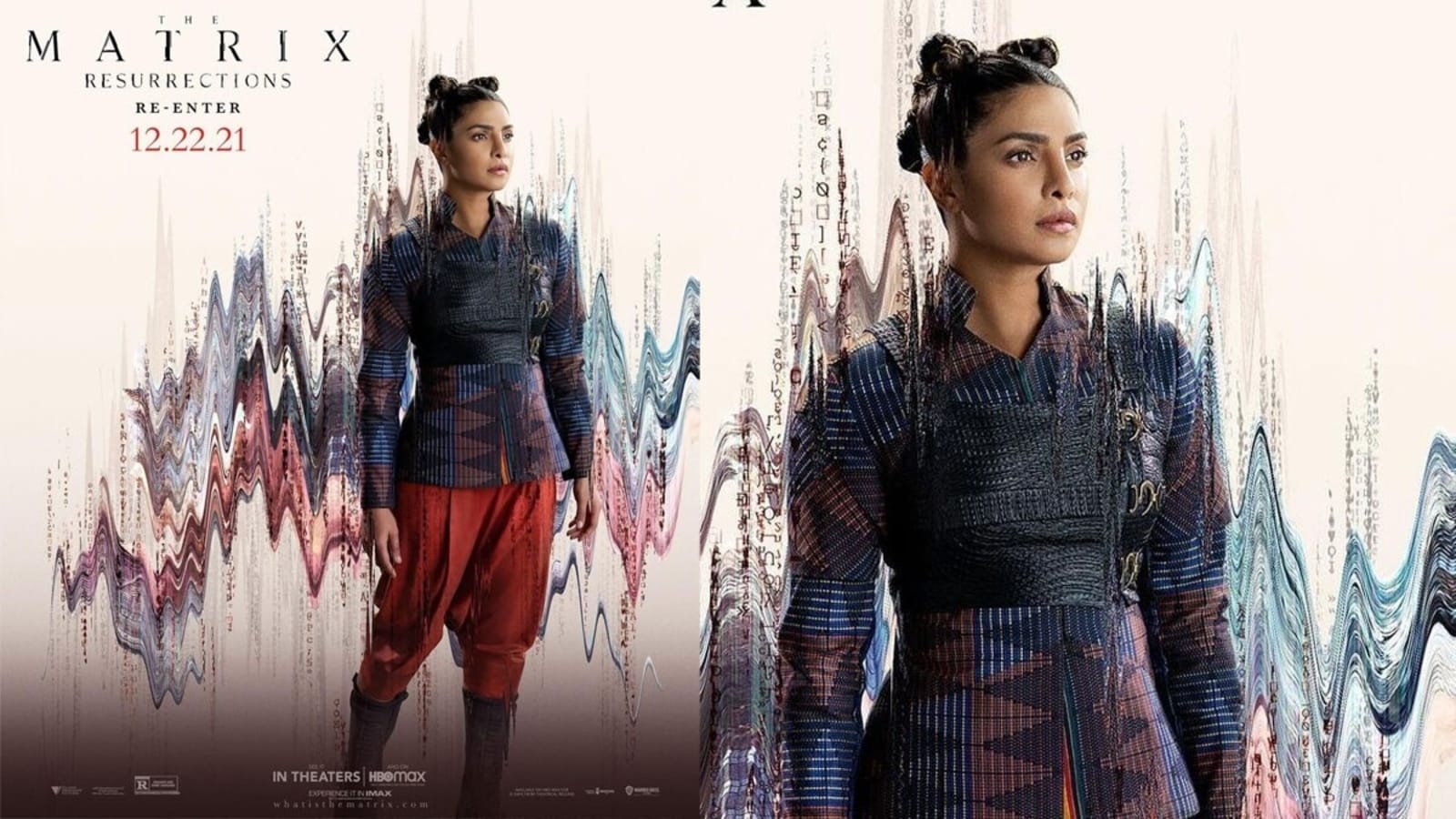 Priyanka Chopra has unveiled her character poster of the film The Matrix Resurrections that features her in a never seen before avatar. The actor was seen in the film’s trailer but was missing on the poster that featured Keanu Reeves.

Sharing the poster on Instagram, Priyanka wrote, “And she’s here. Re-enter #TheMatrix 12.22.21.” The actor is seen in a printed jacket and loose pants paired with knee high boots and her hair braided in short buns on each side.

Priyanka’s fans and friends were impressed with the poster and shared their excitement in the comments section. Filmmaker Zoya Akhtar reacted, “Boom” while actor Gauahar Khan called it “amazing”. A fan wrote, “Perfect. Cannot wait to watch the Matrixx.” Another wrote, “Sooo excited for her, she looks incredible.”

Her sister-in-law Danielle Jonas shared the poster on her Instagram Stories and wrote, “This!”

However, many of her fans also enquired about why the actor, who has also removed Chopra, dropped Jonas from her surname. A fan said, “Namaste to all who are here to check her bio.” Another asked, “Are you fine?”

Meanwhile, Priyanka continues to show love for her husband Nick Jonas on Instagram. When he shared a video from his workout on Monday, Priyanka commented, “Damn! I just died in your arms… ” along with a heart-eyes emoji and a heart.

Warner Bros. Pictures on Monday announced that it will be re-releasing the 1999 blockbuster movie The Matrix on December 3, ahead of the worldwide theatrical premiere of the fourth installment The Matrix Resurrections on December 22.