Published by admin On November 11, 2022 Leave a response 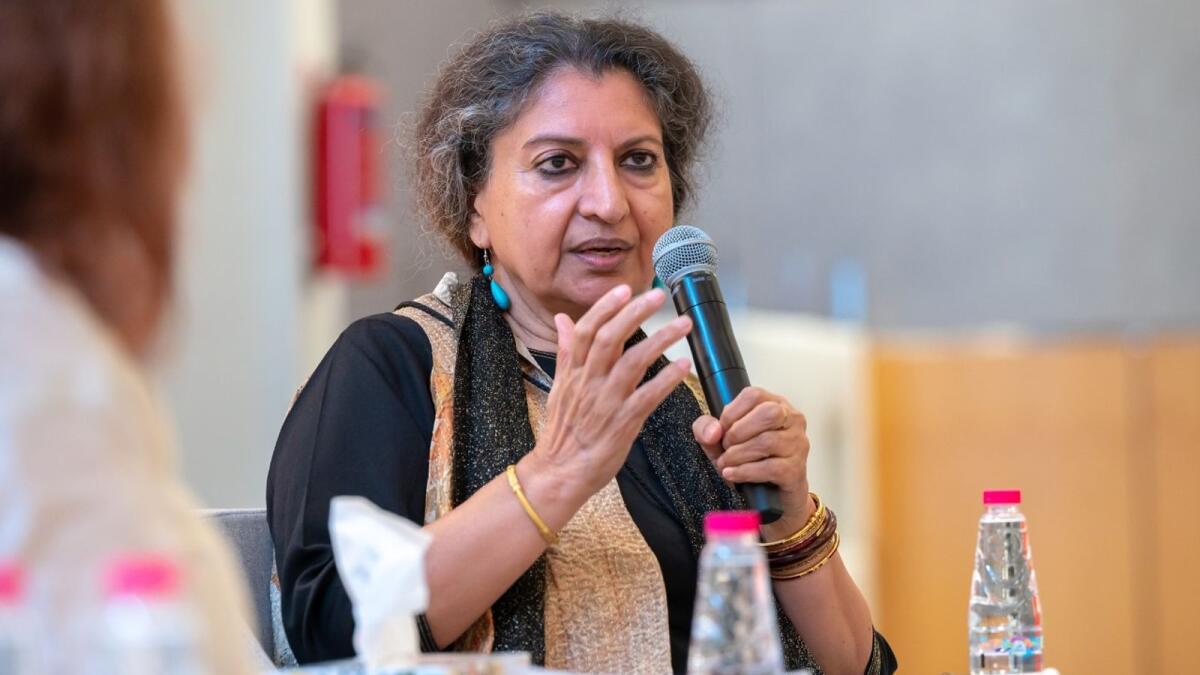 Her book, Ret Samadhi, is about an 80-year-old woman who sets out on a journey of self-discovery after the death of her husband 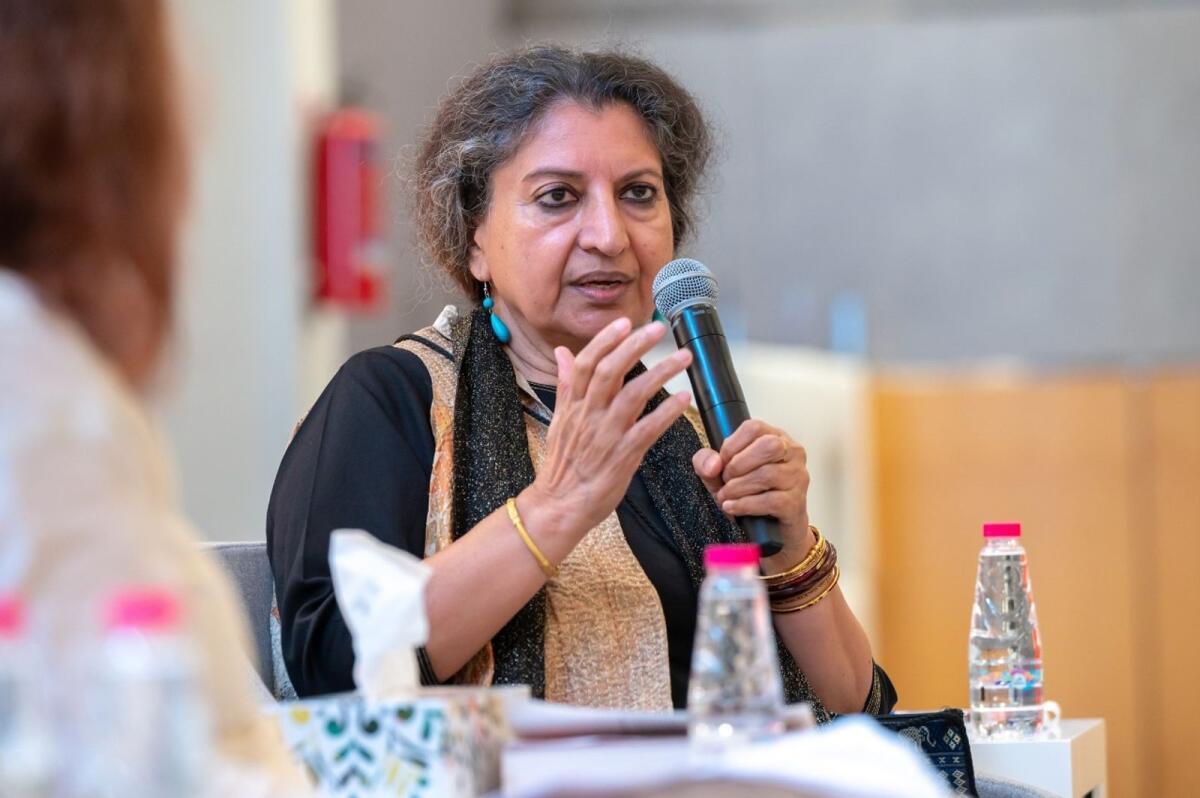 Indian writer Geetanjali Shree, whose Hindi-language novel Ret Samadhi – translated into English as Tomb of Sand by Daisy Rockwell – won the International Booker Prize this year, discussed her writing process and the art of translation with a multicultural audience at the 41st Sharjah International Book Fair (SIBF).

Shree, whose Tomb of Sand is the first book originally written in an Indian language to win the Booker, spoke about the world’s most prestigious fiction writing prize, the process of inhabiting and fleshing out different characters, and the art of translating work to today’s multicultural readers.

Ret Samadhi is about an 80-year-old woman who sets out on a journey of self-discovery after the death of her husband, and is set partly during the 1947 Partition of India.

Speaking to the SIBF audience, Shree said: “Winning the Booker changes something, yet it has changed nothing. The Prize didn’t make me a writer, I have been one for many years. The Booker or any recognition is a wonderful moment of elation and encouragement for any writer. But I am a writer who is still going to write, with or without a Booker.” 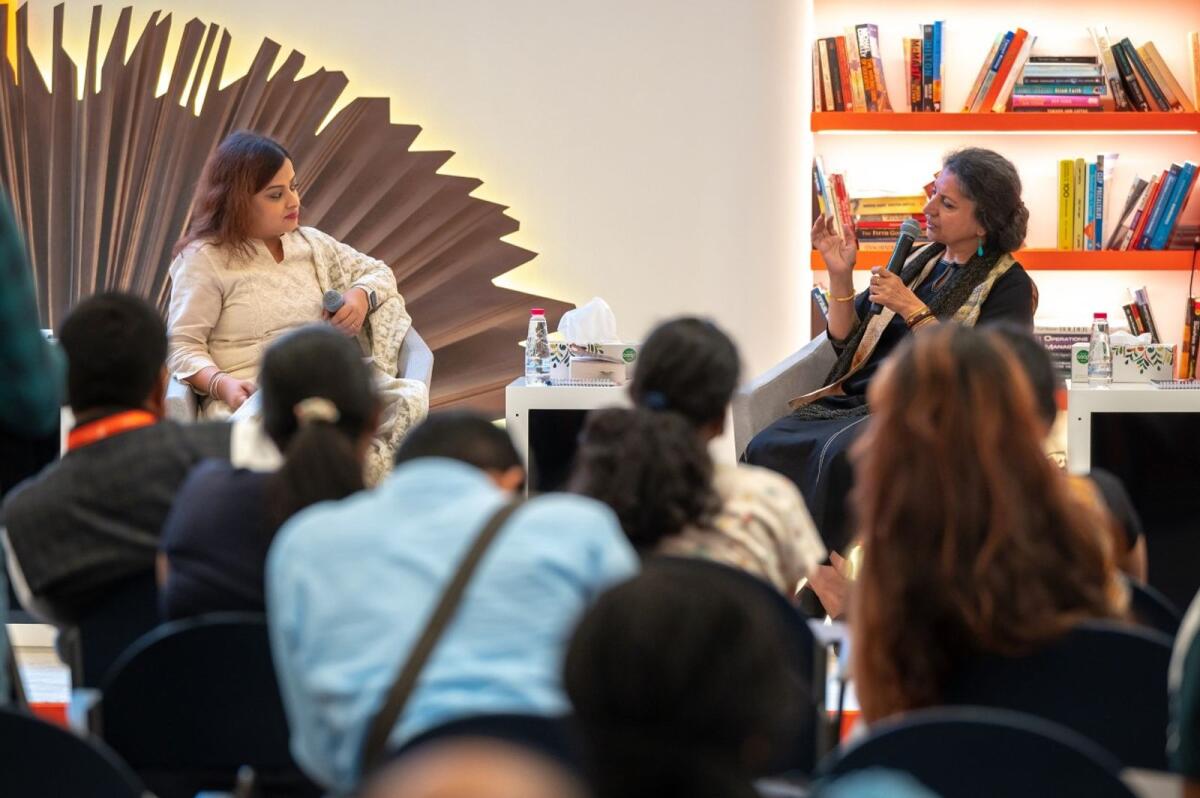 The 65-year-old writer says Ret Samadhi was 8 or 9 years in the making. “To quote another writer, ‘I don’t go chasing the poem, I place myself in that position and situation where the poem will find me’. The stories are all around us and they are there within us.”

In the case of Ret Samadhi, what worked as a trigger was a very ordinary image of an elderly person who had just lost her husband and no longer had any interest in life, she added.

“Writers and their characters are shaping each other. Like sarod maestro Ali Akbar Khan said, ‘When I start, I play the sarod, but after some time, the sarod plays me”. That’s how it is with the writing process,” said the Booker winner.

Discussing her seminal book’s translation into different languages, and the challenges of capturing its nuances in those languages, Shree said: “Language has no borders and it is not rigid. If anyone says this is how things have to be done, they are wrong. Creative writers reinvigorate language with new usages and coinages. People bring in their own flavours from all over the world – that is what makes language richer and it is one of the most miraculous things.”

Geetanjali Shree has begun work on her new book. “At the moment, I’m still the ‘Booker baby’. But I will go back and pick it up again,” she said.

The author would also love to see her prize-winning work translated into Arabic, she told the SIBF audience. “The Arab world is vast, and I’m lucky to have the chance to interact with Arabic speakers here in Sharjah, so I would love for the book to be read in the language and receive more feedback.”