Published by admin On March 5, 2022 Leave a response 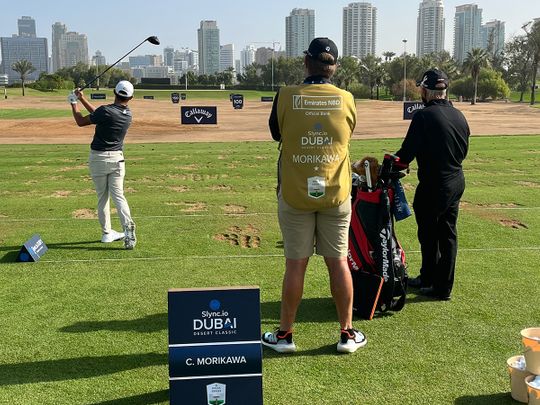 Dubai: I have been in Dubai and the UAE for the last couple of weeks and have just returned home to Rotherham.

On reflection, the DP World Tour, Abu Dhabi and Dubai and Falcon have delivered two exceptional Rolex Series events, what a start to 2022 for everyone.

Firstly, at the Abu Dhabi HSBC Championship, I was so happy that one of my stable of players, Thomas Pieters (Bel), took the Falcon Trophy home with him. I have always said that Thomas is one of the most talented golfers around the world and he has definitely under-achieved.

He turned 30 years old just last week. He can still get a lot better. This big win in Abu Dhabi, will hopefully, give him the confidence to move to the next level of the game.

He also did well in Dubai finishing in tied 12th.

He has moved up to 31 in the OWGR over the last two weeks and is No.1 on the 2022 DP World Tour Rankings. Well done Thomas! 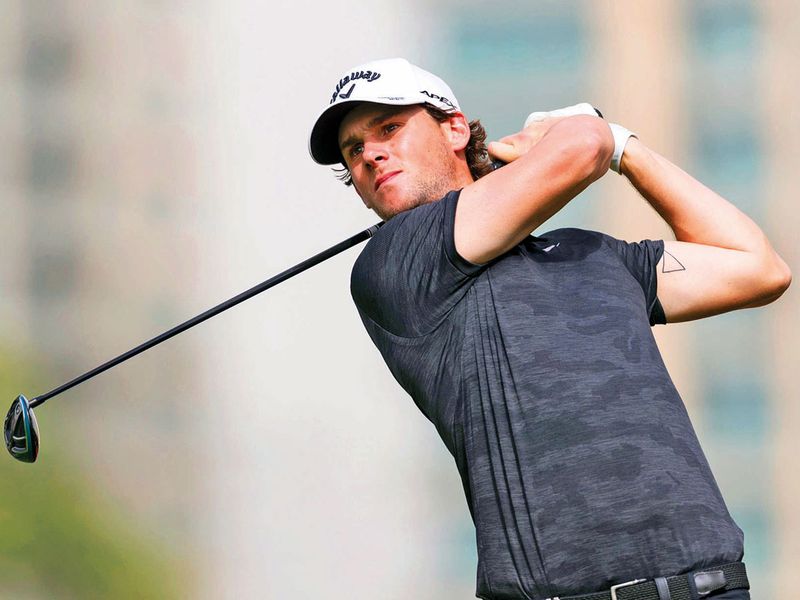 Thomas Pieters of Belgium, who won in Abu Dhabi, gets a thumbs up for realising his potential. Image Credit: AP

In week two at the Slync.io Dubai Desert Classic at Emirates Golf Club, I felt a huge buzz around the place from the moment I stepped onto the range on Monday morning of the tournament week.

Congratulations to Simon Corkill, Executive Tournament Director and all the Falcon Team for putting on a special show.

My top player was Padraig Harrington (Ire), who finished in tied ninth place. Not bad for a 50-year-old going on 30, his passion for the game is infectious and probably why he has a had a stellar career winning three Major wins, spending over 300 weeks in the top 10 of the OWGR and reaching an OWGR high of number three.

I spent some quality time with General Abdullah Alhasmi, Vice-Chairman of the EGF, and Akram Skaik, Director General of the EGF, and the EGF Team and had some very positive discussions on how we can collaborate.

Now, a look back at the performances from the local players:

Ahmed is a fine player and I spent time chatting to him over the two weeks. I told him that after the four-week UAE Desert Swing he will know how his game is and what he wants to do. Perhaps some more regional golf as well as international amateur events will give Ahmed the experience he is looking for.

Ahmed is a strong player and has somewhat taken a sabbatical from golf over the last few years. I recall a few years ago he played in the Abu Dhabi HSBC Championship at Abu Dhabi Golf Club and shot 77. 70. to so narrowly miss the cut.

He seems to want to re-dedicate himself to the game. He just needs to play more golf and tournament golf and stick to the basics of his technique. Perhaps the Development Tours in the region and wider afield are the next step for Ahmed, once he has more of a solid structure to his all round game of golf.

Well done to Josh for performing so well over the last two weeks, by making the cut in two Rolex Series events. A look at the list of those not making one or both cuts, shows what Josh achieved: Danny Willett (Eng), Robert Macintyre (Scot), Ian Poulter (Eng), Miguel Angel Jimenez (Spain), Jamie Donaldson (Wales) and so many other golfing stars from around the world. Josh needs to finish his school exams in the next few months and then make a plan, both short term and long term.

These are exciting times for golf in the UAE. I have been coming to Dubai since 1989 and would love to spend more time here, especially in the winter months, as I try and slow down my travel and workload.

Thank you to everyone for being so friendly as usual and hope to see you all again soon.

Good luck to all my players as well as the UAE players, wherever they are playing around the world in the next few weeks and for the rest of 2022.