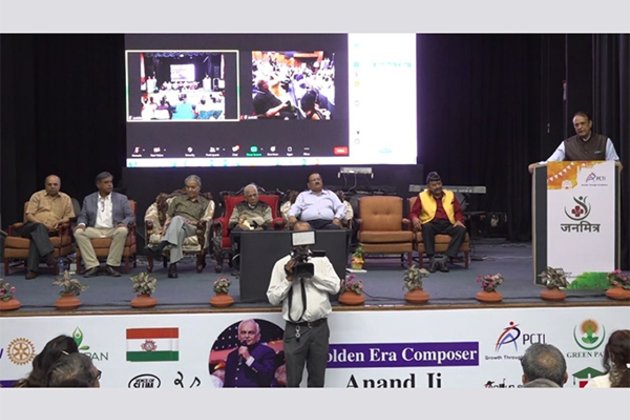 New Delhi [India], April 19 (ANI/PNN): Shital Tiwari, aged 96 years and the only living veteran from Thailand of Indian National Army (INA, formed by Netaji Subhash Chandra Bose, currently on a 10 day visit to India, was honored in a felicitation program, organized by JanMitr, an initiative and concept for welfare and development of rural community with a view to make them employable and self-reliant entrepreneurs.

Shital Tiwari’s father Baiyanath Tiwari donated his land of over 20 acres in Chonubari Province of Thailand to Netaji Subhash Chandra Bose in 1943 for setting up INA Training Camp when he visited Thailand in his pursuit to raise INA and secure freedom for India. The entire family, Shital Tiwari and his siblings and father were actively involved with Netaji in India’s freedom struggle from Thailand.

Currently, Shitlal is the last man alive from Thailand INA. Shital is the last witness to this INA formation and the activities at the Thai INA camp from the start to the end. He is the live version of the living history. Much of the INA events in Thailand can be recited by him until this day. His mind and body are still sharp and healthy and it is of utmost importance to gather all the information from him and listen to many stories first hand. Where else can one ever find this opportunity which relates deeply to the Indian freedom struggle?The Program was chaired by Lt General M M Lakhera (Retd), PVSM, AVSM, VSM, former Governor of Puducherry, Mizoram and Andman and Nicobar and currently chairman of JanMitr Samudaay. The Program was also attended amongst others by Lt Gen AKS Chandele (Retd), PVSM, AVSM; Colonel T P Tyagi (Retd), Veer Chakra, President Rashtriya Sainik Sanstha: Rajendra Pandey, a prominent business leader of Thailand whose forefathers were also associated with Netaji Subhash Chandra Bose; and Major Sushil Goel(Retd), CMD of P C Training Institute Limited, an Institution in education, skills training and healthcare services and initiator of the concept of JanMitr.

Shital Tiwari shared stories of himself and his family’s association with Netaji and the contribution made by his parents to the cause of India’s freedom.

The felicitation Program was followed by a musical program by legendary music composer Anand Ji of the Kalyan Ji Anand Ji fame, who specially came to honor Shital Tiwari.

This story is provided by PNN. ANI will not be responsible in any way for the content of this article. (ANI/PNN)