From a Rs10,000 salary, NRI turns Indian millionnaire shortly after coming to Dubai: Here’s how

Published by admin On December 28, 2021 Leave a response 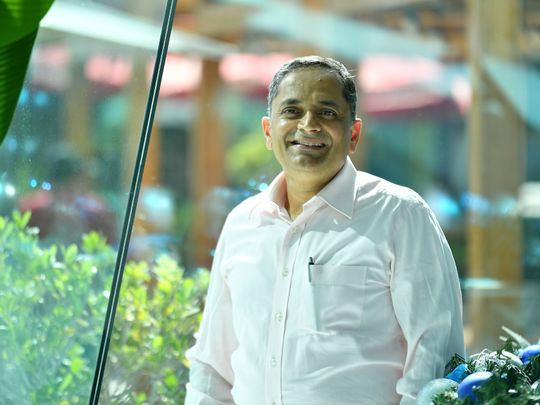 The 48-year old Indian expat has dabbled in investing across industries, which includes mutual funds, insurance policies and properties in Dubai and India, while also trying to fund his very own movie back home. Here are the challenges he faced when doing so, with three key money lessons he learnt.

Dubai: For long time UAE resident Vemuri Srinivas, 48, investing did not start as a rigorous wealth-building exercise, but rather as a trivial interest to find alternate means to grow his income.

Srinivas, the advertising and marketing professional who hailed from a lower-middle income segment at the start of his career, then worked in Mumbai, India before migrating to Dubai in 1999.

“I diligently took my parents’ advice to avoid paying interest to borrow funds at any cost, and that led me to build a habit of proactively saving almost 20 per cent of my monthly salary, initially used for funding the purchase of things we needed,” said Srinivas.

So, when and how did your investment journey begin?

Srinivas began his investment journey with a tax-saving insurance plan from the Indian government-run investment firm Life Insurance Corporation (LIC), and this plan cushioned his taxable income with a money-back option after five years.

“In later years, my wife’s uncle advised me to invest part of my savings in subscribing to an IPO (initial public offering or fresh stock launch), which started my investing journey. Within a year, I witnessed my first Rs100,000 (Dh4,900) investment return, which was almost my annual salary those days. This gave me the confidence to make more smart investments.”

Within a year (of investing in an IPO), I witnessed my first Rs100,000 (Dh4,900) investment return, which was almost my annual salary those days.

Srinivas’ first investment was a purchase of 20,000 shares issued by the Shipping Corporation of India (SCI), a public sector undertaking that operates and manages vessels servicing both national and international shipping lines.

“I bought the shares when it was trading at Rs32 (Dh1.57). After four years, I nearly doubled my investment by selling the shares at Rs61 (Dh3) per share, and the profits helped me gift a car to my parents in India.”

Money Lesson #1: A regular savings plan is fundamental to reap returns in the long-term

Srinivas lived by regularly saving his money every month, allocating 80 per cent of the income for expenses and pay outs, with the balance going to savings and investments. Regular savings helped him in making suitable investments for attractive money gains.

In the UAE, Srinivas started his career at an advertising agency in client servicing. With a desire to take his LIC investment experience global, he connected with a UAE-based financial advisor to learn about life insurance policy options. 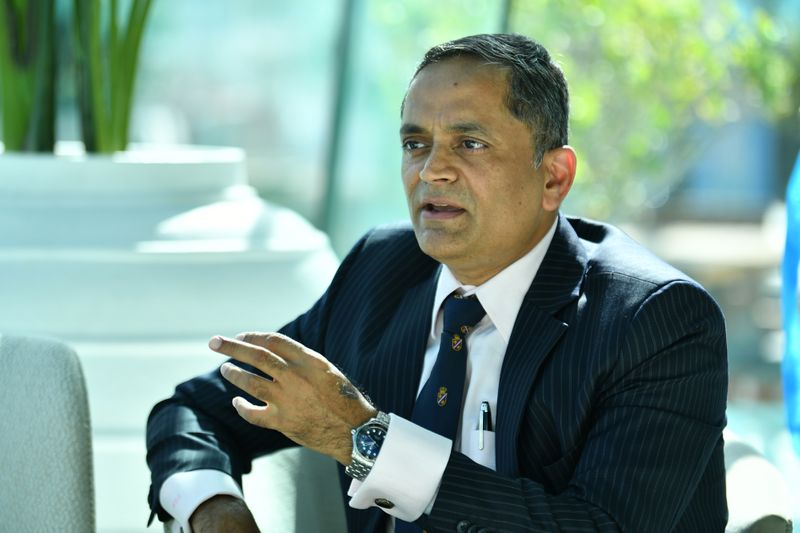 Vemuri Srinivas: “Within the first eight years of my living in Dubai, I managed to make my first $100,000 (Rs7.5 million or Dh367,300) through an investment linked to a whole-of-life insurance policy.”

“Within the first eight years of my living in Dubai, I managed to make my first $100,000 (Rs7.5 million or Dh367,300) (saving and gains together) through an investment linked to a whole-of-life insurance policy. My funds were linked to both US and BRIC (Brazil, Russia, India and China) markets, due to which even with the market correction during 2007, my investments did well with almost 11 per cent annual returns.”

What was your main goal when saving regularly?

Srinivas’ main goal for his investment plan was to save for retirement and still get cash out at the end of the program. With the added benefit of working in the UAE when the markets were booming, and by working at a Dubai-based financial firm soon after his experience at an advertising firm, this steady career growth further supported him to make sound investments.

More than 70 per cent of my current portfolio is in real estate, and the returns help me with all the expenses, including holidays in India.

“I started investing in US mutual funds in the year 2000. My current investment portfolio consists of a mix of income and technology funds. My income funds helped me with a steady monthly return, and my investments in technology funds fetched me about 4 to 5 per cent returns.”

“More than 70 per cent of my current portfolio is in real estate, and the returns help me with all the expenses, including holidays in India.”

Srinivas bought a villa in Springs Dubai in 2006 and commercial spaces in a suburb in Mumbai. After selling the Dubai villa in 2013 at a profit, Srinivas purchased another property in Mumbai with those gains. 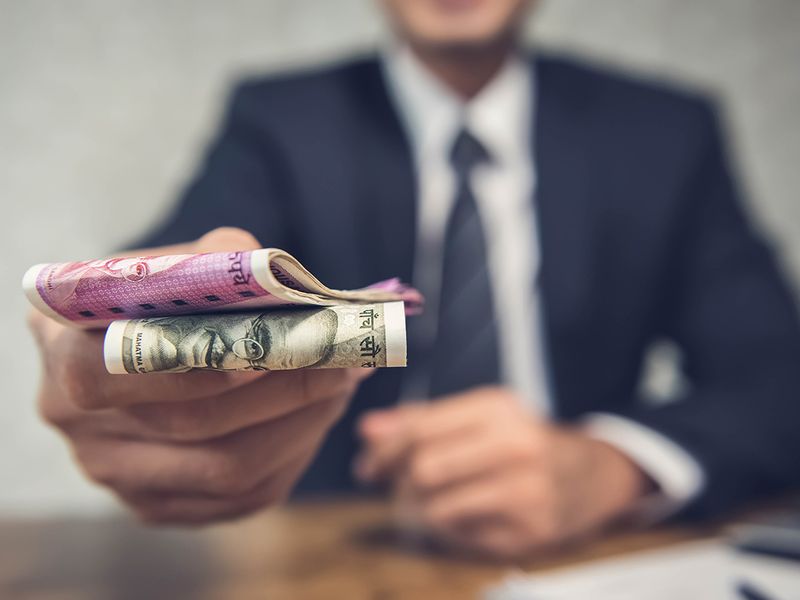 Vemuri Srinivas: “I started investing in US mutual funds in the year 2000. My current investment portfolio consists of a mix of income and technology funds.”

While investing is a valuable habit, careful market study or advice from a field professional is a must to prevent big losses to your hard-earned savings.

Srinivas alerts that investing can become an addiction where one can easily get carried away if not prepared well by studying the markets extremely carefully.

“I made some mistakes in the investment journey and learned from them. Once, I made Rs1 million (Dh50,000) in less than seven months, only to realise I had to pay capital gains and income tax, and my joy overnight was turned to disbelief.

“Here, the wisdom I gained is to check and consult the experts on the income tax front when making investments and expecting high rewards.” 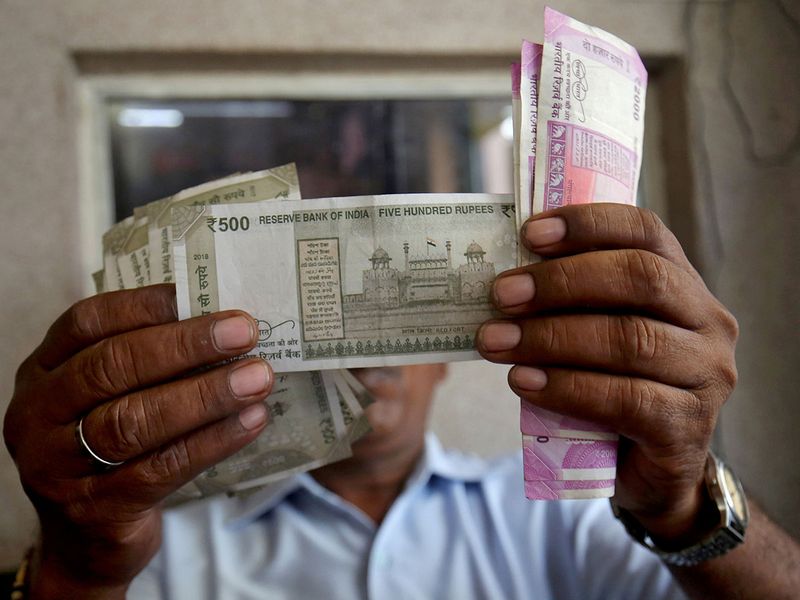 While investing is a valuable habit, careful market study or advice from a field professional is a must to prevent big losses to your hard-earned savings, Srinivas explained.

Money Lesson #3: Invest only in the area of your expertise to prevent failures and losses

Coming from the land of Bollywood movies and the Indian state of Andhra Pradesh that produces the highest number of movies in a year, Srinivas also fulfilled his dream of producing an Indian film. However, that was not without its share of challenges.

It had the best cast within the industry and a top-notch director but failed miserably at the box office. From this experience, he learned that when someone is trying to diversify investments, always focus on your area of expertise and knowledge. “I realised movie making is just not lights, camera and action; the only good part for me was that I could get to see my name at the end of the movie.

“While there were mistakes in my journey, there was a dream come real opportunity in my life. In 2013, through Foreign Currency Non-Resident (FCNR) deposits, RBI accepted tax-free interest funds to stabilise the Indian Rupee. I borrowed funds through a local UAE bank, and the same was parked in an Indian Bank. Due to tax-free interest on my principle and the borrowed amounts, my $100,000 (Rs7.5 million) fetched a cumulative 52 per cent return in three years.”

What are FCNR deposits?

FCNR stands for Foreign Currency Non Resident Account. This is a kind of Indian fixed deposit account opened for depositing income earned overseas. The account is held in foreign currency.

How do you keep your savings insulated from market-related risk of losses?

How do you keep your savings insulated from market-related risk of losses?

“My investment in a flat in Mumbai has addressed most of my retirement needs. I have invested in Indian and US mutual funds, as mutual funds, to a large extent, offer the required diversification, expertise and take care of any potential volatile risks,” added Srinivas.

“Though returns may be slow, a mix of real estate, fixed deposits, and mutual funds will keep me well insulated financially.”

How did you pass the money discipline skills to your children?

“I grew up in an era where I had never heard about the concept of pocket money. However, I ensured that my kids earn their pocket money to instil the value of money and responsibilities, and there are no free perks in life.

“My teenage kid started earning his pocket money once he turned 15. He was awarded Dh200 per month, which evolved to Dh500 per month, entirely tied to his behaviour, values and attitude at home.

Though returns may be slow, a mix of real estate, fixed deposits, and mutual funds will keep me well insulated financially.

“Kids’ higher education is essential for all parents, so I invested in a tried and tested LIC to fund my children’s education needs. Life insurance helps address the ‘what if’ scenarios in the family. I chose a mix of LIC, Zurich plans that provide me with enough cushion to meet their higher education expenses.”