Published by admin On December 17, 2021 Leave a response 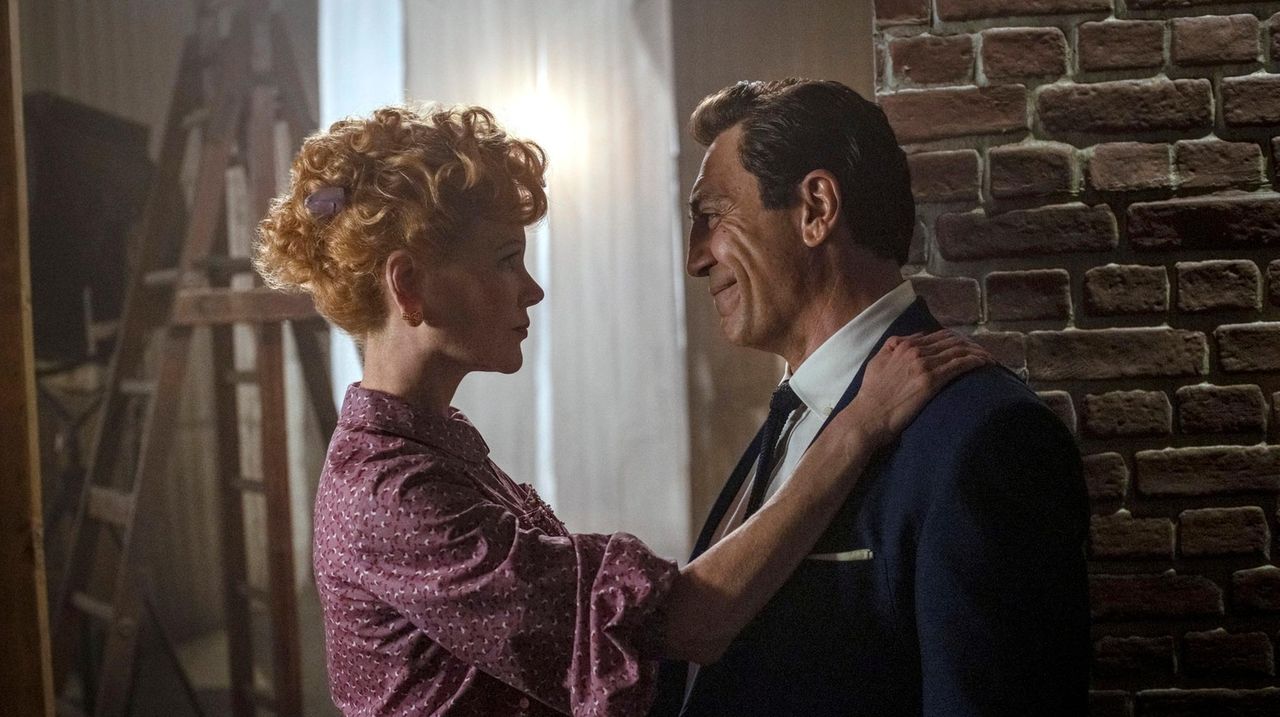 MOVIE “Being the Ricardos”

WHERE In theaters and streaming on Prime Video starting Dec. 21.

WHAT IT’S ABOUT During the early 1950s, Lucille Ball and Desi Arnaz face one chaotic week in the making of their hit sitcom, “I Love Lucy.” For starters, Lucy is pregnant — a no-no on television at the time. She’s been accused of being a communist. And her marriage seems to be at a breaking point. Nicole Kidman and Javier Bardem play Lucy and Desi; director Aaron Sorkin wrote the screenplay.

MY SAY It’s hard to underestimate the impact and longevity of “I Love Lucy.” It was originally broadcast from 1951 to 1957 on CBS but has virtually never left the air. As recently as 2012, reruns were still earning roughly $20 million per year for CBS, according to a Los Angeles Times report. Some of Lucille Ball’s best routines — the chocolate factory, the grape-stomping, the Vitameatavegamin commercial — rival anything from the Marx Brothers right on up to Will Ferrell.

That’s a deep vein of history to mine, and Sorkin, the creator of NBC’s “The West Wing” and other series, is clearly the man for the job. (He was chosen by producer Todd Black, who bought the rights to the Ball-Arnaz story from their children.) Sorkin’s love for workplace dramas and his attention to detail serve him well here, as does his trademark machine-gun dialogue. As his fans know, however, Sorkin can also get in his own way. “Being the Ricardos” is no exception.

More on that later, but the first thing to note is that “Being the Ricardos” tells a rather modern story of a double-income couple grappling with traditional notions of success and gender. When Lucy meets Desi, she’s an aspiring movie star (ever seen 1942’s “The Big Street?”) and he’s an in-demand bandleader. Their schedules clash, but they steal a few moments each dawn at the top of Mulholland Drive as their commutes cross.

It’s her idea to transform their lives into a television show, and so Lucille Ball and Desi Arnaz become Lucy and Ricky Ricardo. It turns out Lucy has an almost clairvoyant gift for comedy. (“I can see it,” she says, visualizing a routine and the audience’s laughter.) Desi has a good shtick, too, playing her Spanish-spouting, Cuban-American hubby, but he has other strengths: He’s a tough negotiator, a creative thinker (in this telling, he’s the driving force behind the decision to show Lucy pregnant on-air) and his wife’s most loyal supporter.

Then again, the gossip columns say Desi is cheating. He passionately denies it, and Lucy wants to believe him (as do we). Meanwhile, there’s backstage friction between Lucy’s co-stars William Frawley and Vivian Vance, known to television audiences as the bickering Fred and Ethel Mertz. They’re played by Nina Arianda and a priceless J.K. Simmons.

As engaging as much of this is, “Being the Ricardos” is also quite muddled. It’s confusingly framed as a present-day documentary, which means characters like producer Jess Oppenheimer (Tony Hale) and writer Madelyn Pugh (Alia Shawkat) also show up as talking heads played by other, older actors. Kidman and Bardem are both very fine, but Sorkin often poses Lucy as a femme fatale: sultry eyes, cigarette, bold talk. Lastly, there’s the fact that all these crises did not take place in a single week. Sorkin claims poetic license, but some viewers might feel a little duped.

For all its flaws, “Being the Ricardos” is not without emotional power. The final scene, with Desi and Lucy standing in the wings — face to face, no cameras to play to — will remind you why Sorkin was the only choice for this film.

BOTTOM LINE An uneven love letter to Lucy, but fans of TV history will find it rewarding.